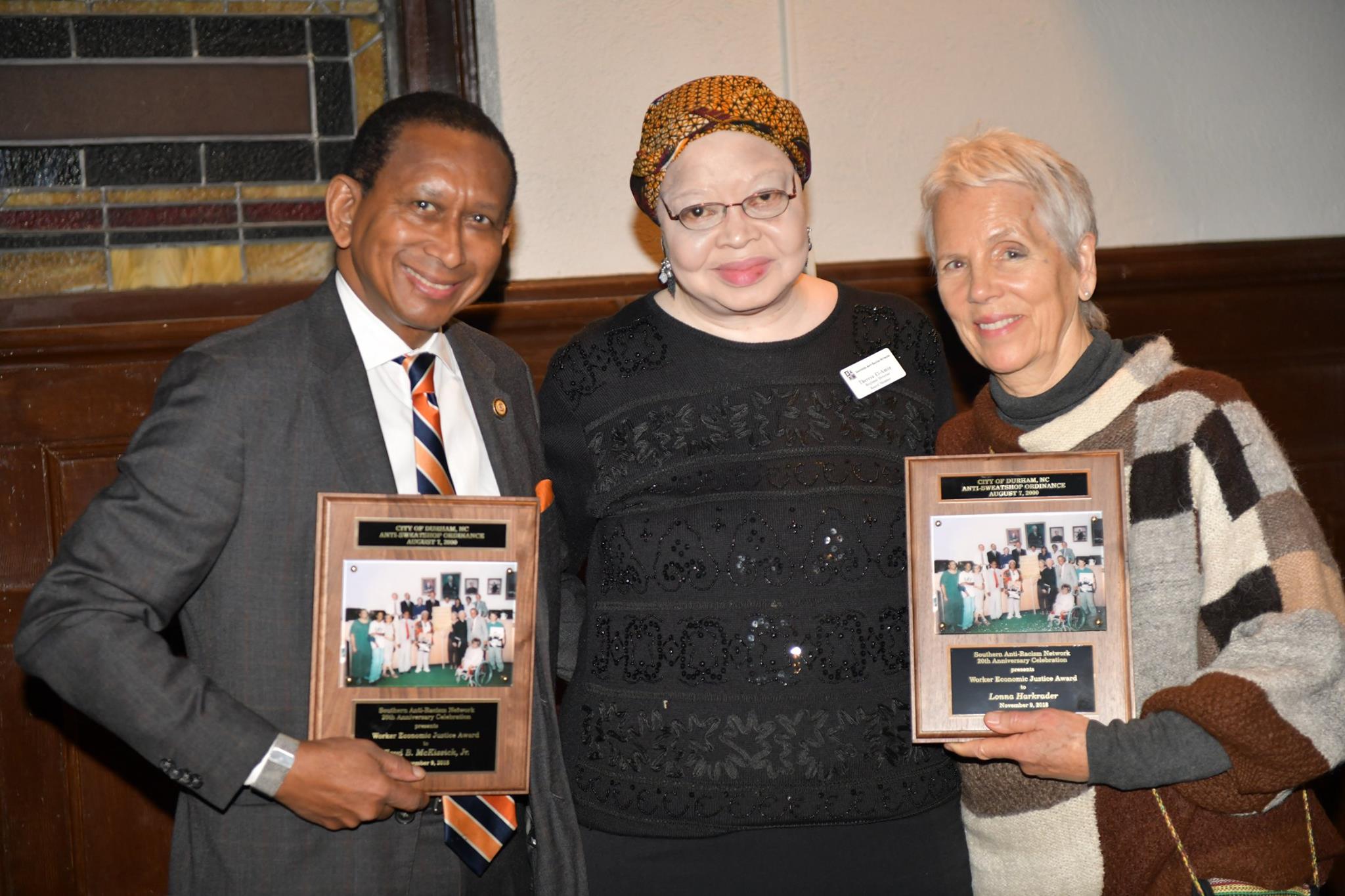 I would like to thank Ms. Theresa El-Amin, the Founder and Regional Director of the Southern Anti-Racism Network (SARN), for hosting a wonderful 20th Anniversary Celebration for this organization yesterday evening at the Hayti Heritage Center in Durham, NC. It was my privilege and honor yesterday evening to be the recipient of the organization’s Worker Economic Justice Award. My dear friend, Lonna Harkrader, was the co-recipient of this award. This award was given to us in recognition of our efforts in passing the City of Durham’s Anti-Sweatshop Ordinance on August 7th, 2000. I was a member of City Council at the time and led efforts to pass the Anti-Sweatshop Ordinance which essentially stated that the City of Durham would not conduct business with businesses or entities that exploited labor which constituted sweatshops as the term was defined in the ordinance which included businesses that used and exploited child labor. As a member of the NC Senate, in 2009, I sponsored legislation that allowed the City of Durham to expand these anti-sweatshop protections. Ms. Anne Wolfley was awarded the Richard Paddock “Reliable Ally” Award for her work on behalf of SARN. I would like to thank SARN for the recognition which I received and for the advocacy which they have provided over the years. 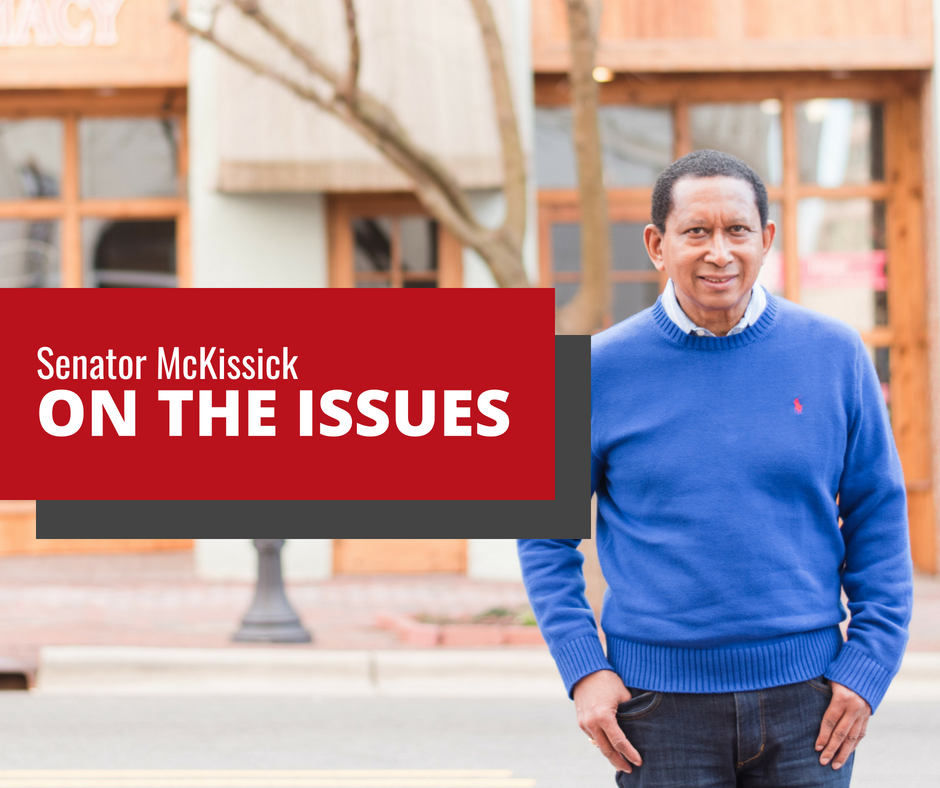 The North Carolina Supreme Court will soon determine the fate of four men whose sentences were reduced under the NC Racial Justice Act.

In 2009, I was the primary sponsor of a bill known as the NC Racial Justice Act, the purpose of the law was to address problems related to the impermissible and unconstitutional use of race in death penalty cases. In 2013, the Republican majority repealed the Racial Justice Act (RJA), however, after the act was passed and before it was repealed, four men on death row sought relief under the act. The Honorable Greg Weeks, a Superior Court Judge in Cumberland County, determined that race had been improperly used in their trials which resulted in the imposition of the death penalty in their cases, and these men were re-sentenced to life in prison without the possibility of parole, which the law provided for. The NC Supreme Court currently is reviewing a case involving these four men which will determine whether the relief they received under the NC Racial Justice Act will be undone as a result of the law being repealed. Please check out an op-ed article which I wrote which was published in today’s Fayetteville Observer relating to the RJA.

Read my full article on the Fayetteville Observer Website.

A recent study on implicit bias published by NC State University looks closely at how Wake County educators are influenced by racial bias in the classroom.

The study also suggests that teachers frequently are worse at identifying the emotions of their Black students. When shown actors portraying different emotions such as anger and surprise, prospective teachers are 1.5 times more likely to accurately identify the emotions of white adults than of black adults. They were also three times more likely to identify that the expression on a Black person’s face was associated with anger when in reality the person was not displaying anger at all. In addition, when later shown videos of misbehaving boys of different races doing the exact same thing and being asked to grade the boys on a scale of one to five in terms of the severity of their conduct, the Black children were rated at 3.37 on average whereas White children, who displayed identical conduct, were assigned scores of 2.12 on average, which was far less severe.

The observations obtained through this study help us to understand a concept known as implicit bias. Implicit biases are those that each of us possess and internalize in our values and attitudes which we do not realize. All people, Black, White, Latino, Asian, Native American, all of us possess these implicit biases. The only way we can address these biases is if we understand them and compensate for them in our behavior.

It’s not surprising that you would see far more Black students being suspended for longer periods of time based upon identical conduct engaged in by other students in light of the findings in this study where subtle gestures, facial expressions, and conduct are interpreted differently based upon our worldview and values that we have internalized. We can all do better in addressing implicit biases, however, we must work to eradicate them from our schools, our court systems, and other institutions which should be serving all people equally.