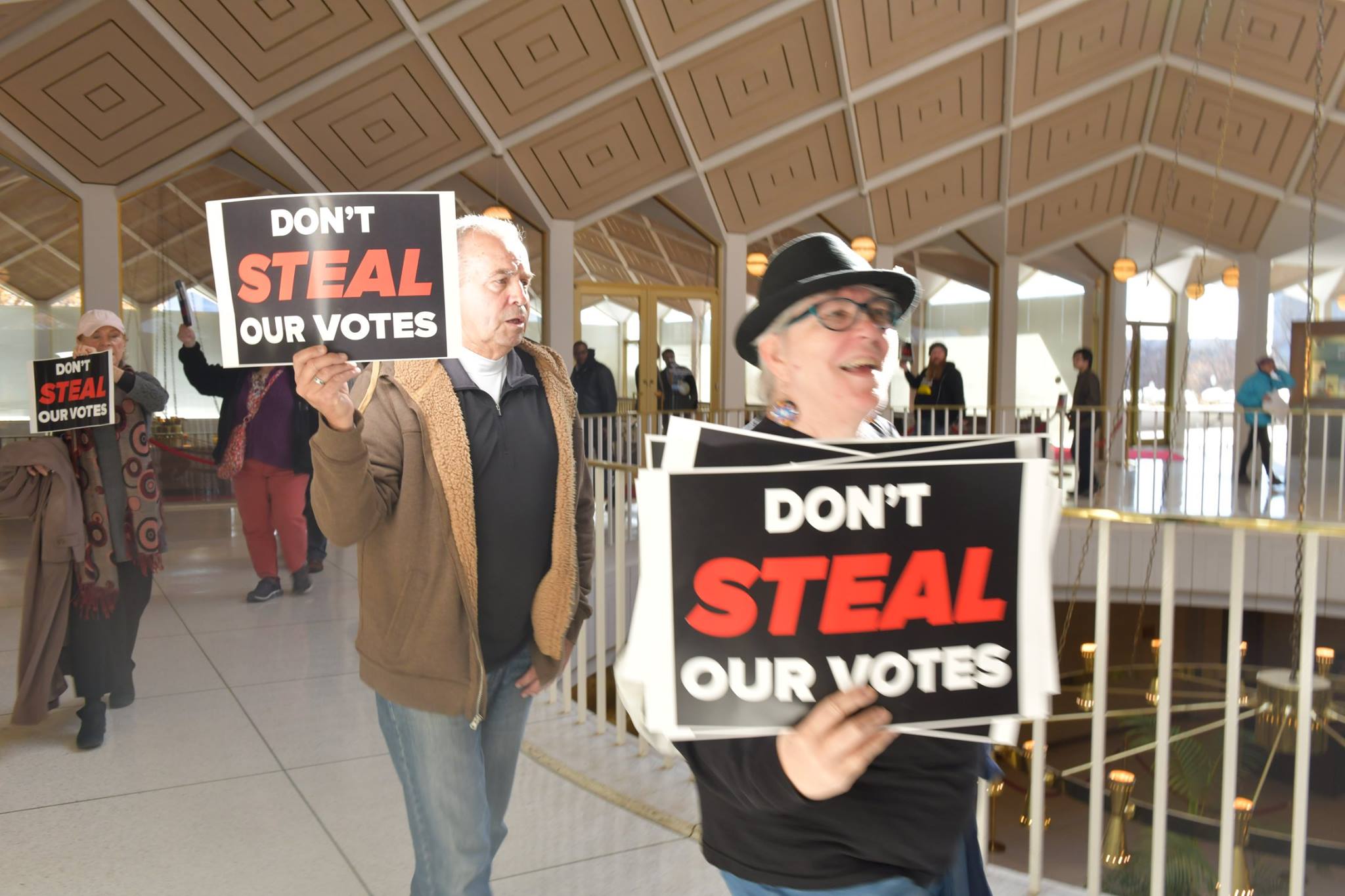 Despite knowing the NC Voter ID Law would pass, a loyal group of dissenters continue to make their voices heard.

This past week, on the day that the Voter ID Bill was passed by the NC General Assembly, there wasn’t a large group of protesters assembled to voice opposition, which I had become accustomed to. Instead, there was a small group of loyal, dedicated, passionate, and vocal protesters who stood in valid decent, notwithstanding the inevitable outcome of the vote that was taken that day. I would like to thank them for their energy, enthusiasm, and commitment even though they knew that the Voter ID Bill would pass. 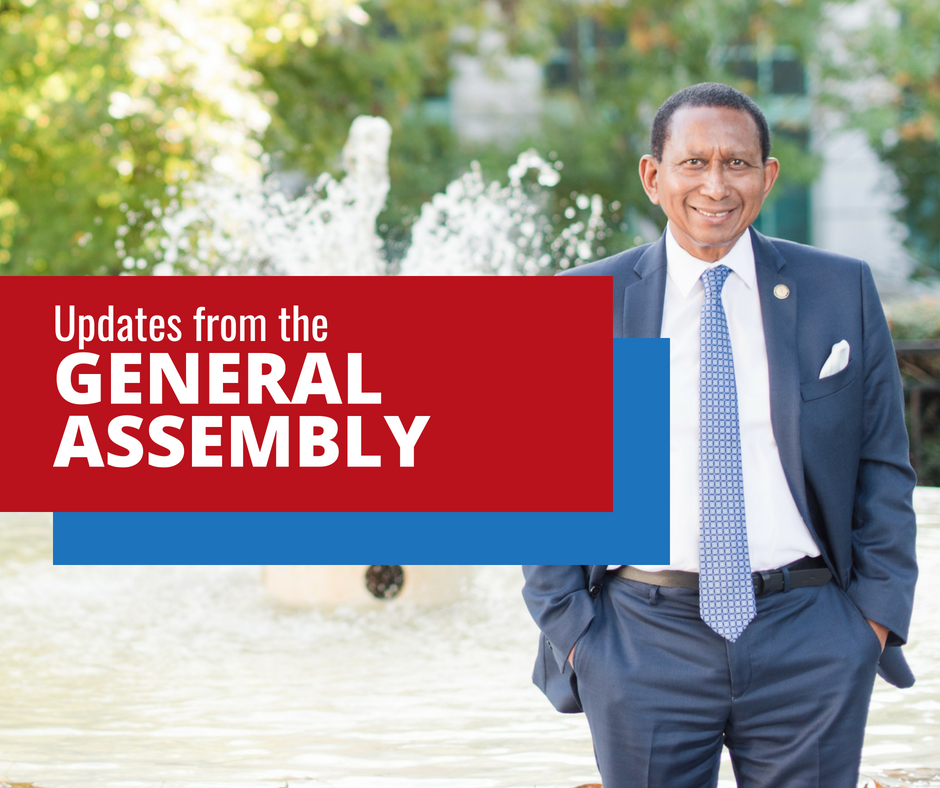 Today, the North Carolina Senate passed Senate Bill 824 which implements the recently passed constitutional amendment that allows for voter IDs beginning next year. The voter ID bill that passed 2nd reading today is far broader and more expansive than the bill that was stricken down in Federal Court as being unconstitutional several years ago. The bill passed today would allow for County Boards of Elections across our state to issue Voter Identification Cards to anyone who can provide their name, date of birth, and the last 4 digits of their social security number. The bill, as originally proposed, would’ve allowed these new Voter Identification Cards to expire 8 years after issuance. Today, I was able to obtain bi-partisan support for an amendment to the bill that extended the expiration date of these ID cards to 10 years. In addition, the amendment will require local Boards of Elections to send a notice to those who have the cards advising them that their cards will expire 90 days in advance of an ID’s expiration date. In addition, the amendment would not require a voter to present an ID if they were in an area which had experienced a natural disaster within 100 days of an election. Initially, a 60-day window was proposed.

In addition to these new Voter Identification Cards, a person could present the following forms of ID:

All of the above forms of identification would need to be valid and unexpired, or, it must’ve been expired for one year or less, however, if a voter was 65 years old at the time he or she presented the ID, and the ID card was unexpired on the voter’s 65th birthday, then it would be acceptable.

In addition to the amendment which I ran, Senator Warren Daniel ran an amendment to correct another issue I was concerned about which involved circumstances and standards under which a voter without an ID could sign a Reasonable Impediment Declaration Form which would allow them to vote without an ID. Senator Daniel agreed to use standards that provided greater specificity than those that appeared initially in the current bill.

While I oppose a voter ID requirement, It is now, however, the law of the State of NC and a part of our state’s constitution. Therefore, our challenge is to make sure that as many people who are lawfully registered to vote today will be able to continue to vote in the future, and that their access to photo ID’s or understanding exceptions where an ID would not be required is absolutely imperative. I will continue to work to protect the cherished constitutional right to vote so that we minimize those that are hindered by this new law.

Senator McKissick explains the proposed legislation to implement the new NC Voter ID Requirements following the proposed amendments voted on in the 2018 election.

In case you missed it, yesterday, a draft bill was released which will establish criteria for voters to obtain and use photo IDs in future elections in NC. This bill will be voted on during the Special Session of the General Assembly which will begin November 27th and it will implement the new NC Constitutional Amendment approved by voters a few weeks ago which will require all voters in future elections to present an acceptable photo ID card before a lawfully registered person will be able to vote.

The bill will allow local County Boards of Elections to issue voter photo identification cards which would be free to voters in order to obtain such a card, a voter would have to provide his or her date of birth and the last 4 digits of the person’s social security number. The voter photo ID cards would expire eight years after the date of issuance. The photo ID cards can be issued at any time except during the period between the end of the voter registration deadline for an upcoming election and the actual election day. If a person were to lose or deface a photo ID card, a person could obtain a duplicate without charge. In addition to the cards that will be issued by County Boards of Elections, a person could use the following forms of ID:

All of the above forms of identification would need to be current and unexpired, however, if a voter was 70 years old at the time he or she presented the ID, and the ID card was unexpired on the voter’s 70th birthday, then it would be acceptable.

If for some reason a person did not have an acceptable form of ID, then they could cast a provisional ballot and it would be counted if the voter were to bring in a valid photo ID to the County Board of Elections no later than the end of the business day prior to the canvassing of votes for an election by the County Board of Elections. In addition, a voter could sign a Reasonable Impediment Affidavit upon which a voter could identify one of several reasons why the person was unable to obtain a photo identification card. Lastly, a voter would not have to produce a photo ID if they had a religious objection to being photographed, however, the voter would be required to complete an affidavit under penalty of perjury to that effect.

The proposed legislation I have reviewed is a step in the right direction, however, there is still a need to broaden its provisions to ensure that none of the 300,000 people who are lawfully registered to vote today, who do not have government-issued IDs, will still be able to vote as they have in the past, without discrimination, harassment, or difficulties.