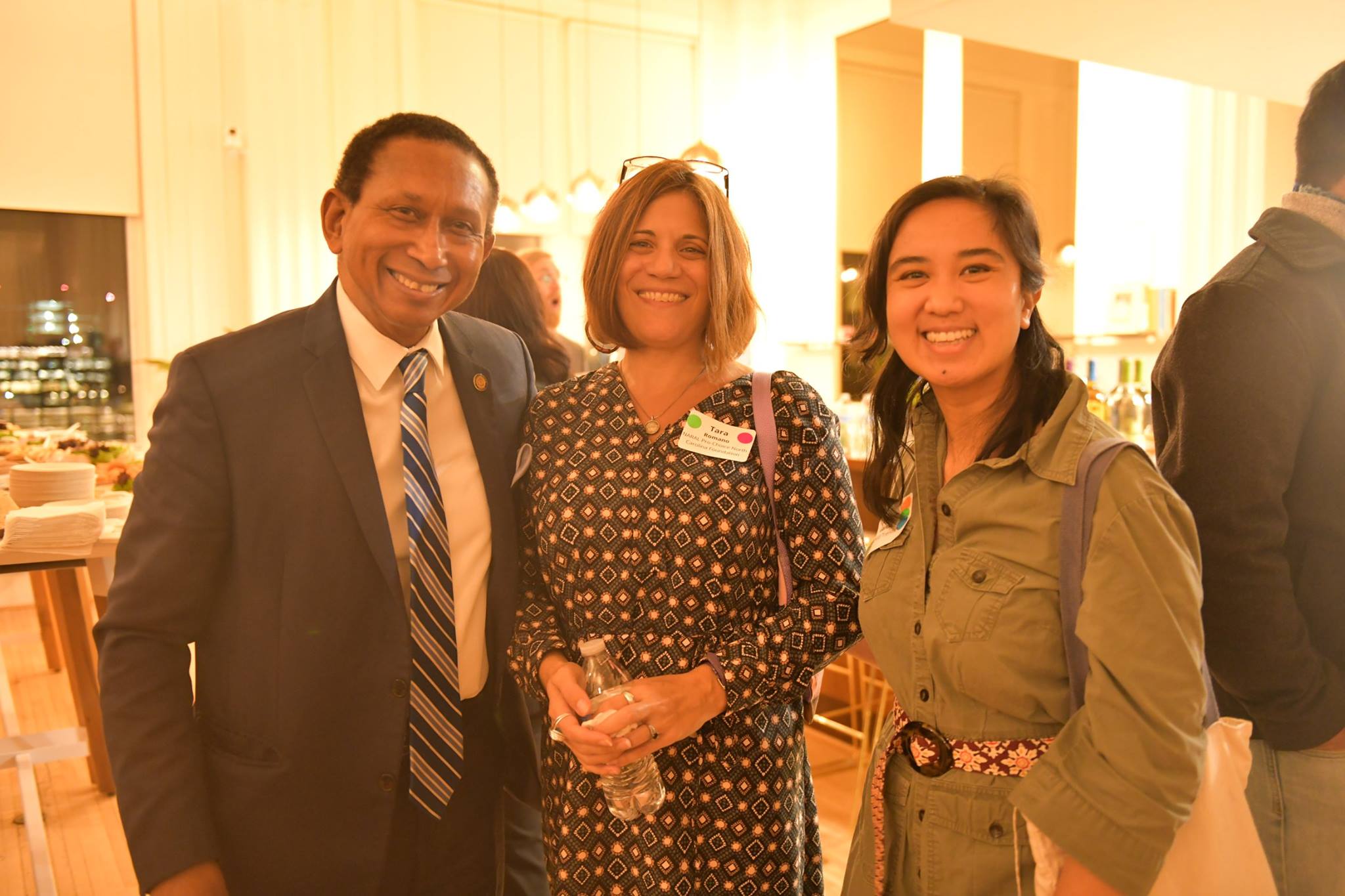 A reception hosted by the NC Scholars Strategy Network bringing together lawmakers, researchers, and students to discuss public policy initiatives.

I’d like to thank the NC Scholars Strategy Network for hosting a wonderful networking event in Raleigh this past week that brought together scholars and researchers from across our state with legislators and other policymakers to discuss how we could partner together to conduct research and to craft good public policies on behalf of our state. This wonderful, energetic group of scholars was passionate, committed, and interested in serving as a critical resource for quantitative data that can be used to support and craft good public policies. I would like to thank all of the distinguished scholars who came together for this wonderful event, but in particular Dr. Natalie Hengstebeck, Dr. Deondra Rose, and Dr. Lindsey Hanes-Maslow. 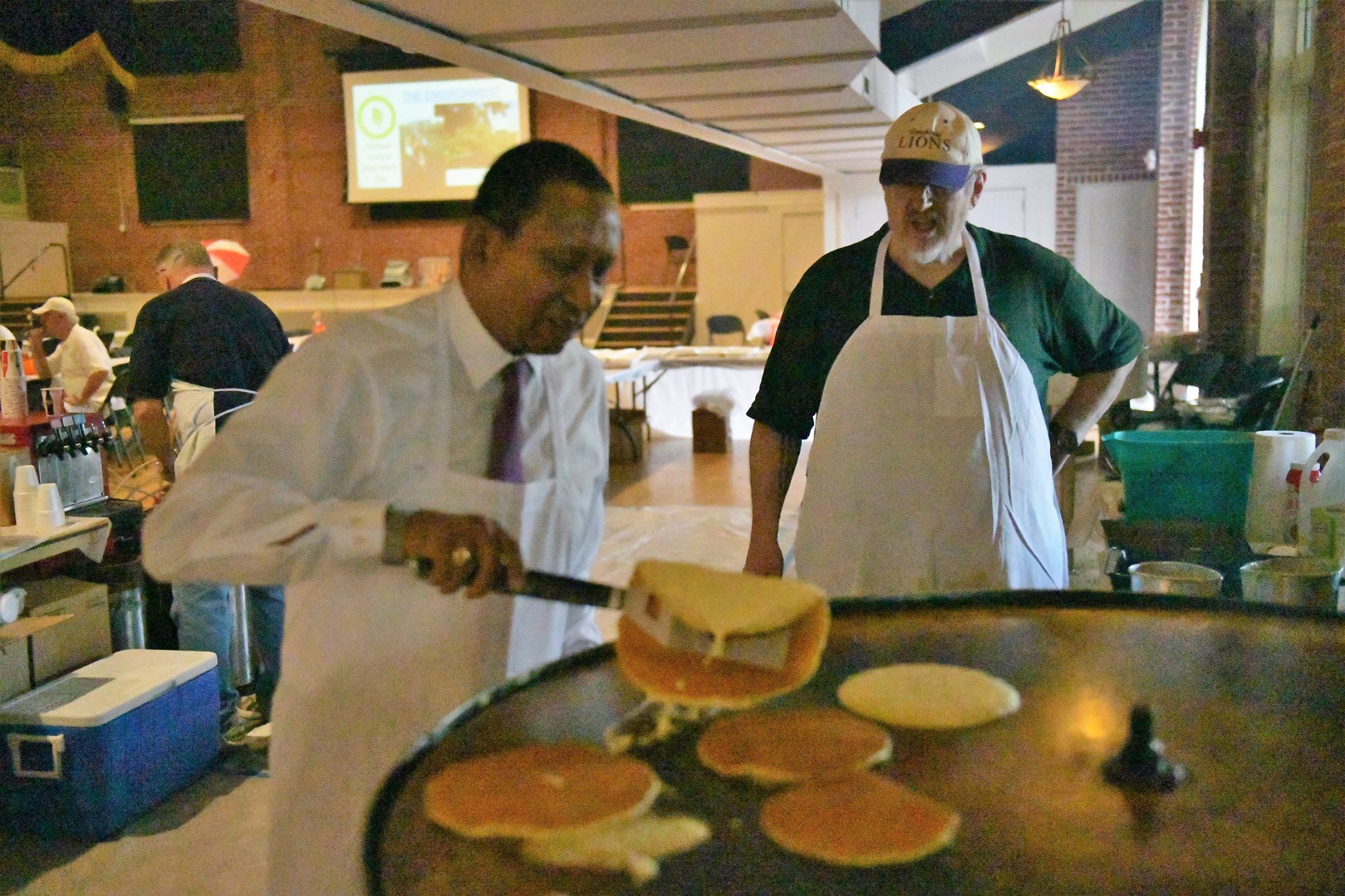 Today, in addition to visiting voting precincts all across Durham, I also served as a Celebrity Chef for the Annual Pancake Jamboree sponsored by the Durham Lions Club which is held at the Durham Armory in Downtown Durham. I always enjoy visiting my many friends that are part of the Lions Club, but more importantly, supporting this wonderful fundraiser to support charitable work. In addition, it provides supporters with freshly cooked pancakes and sausage as a tasty treat. 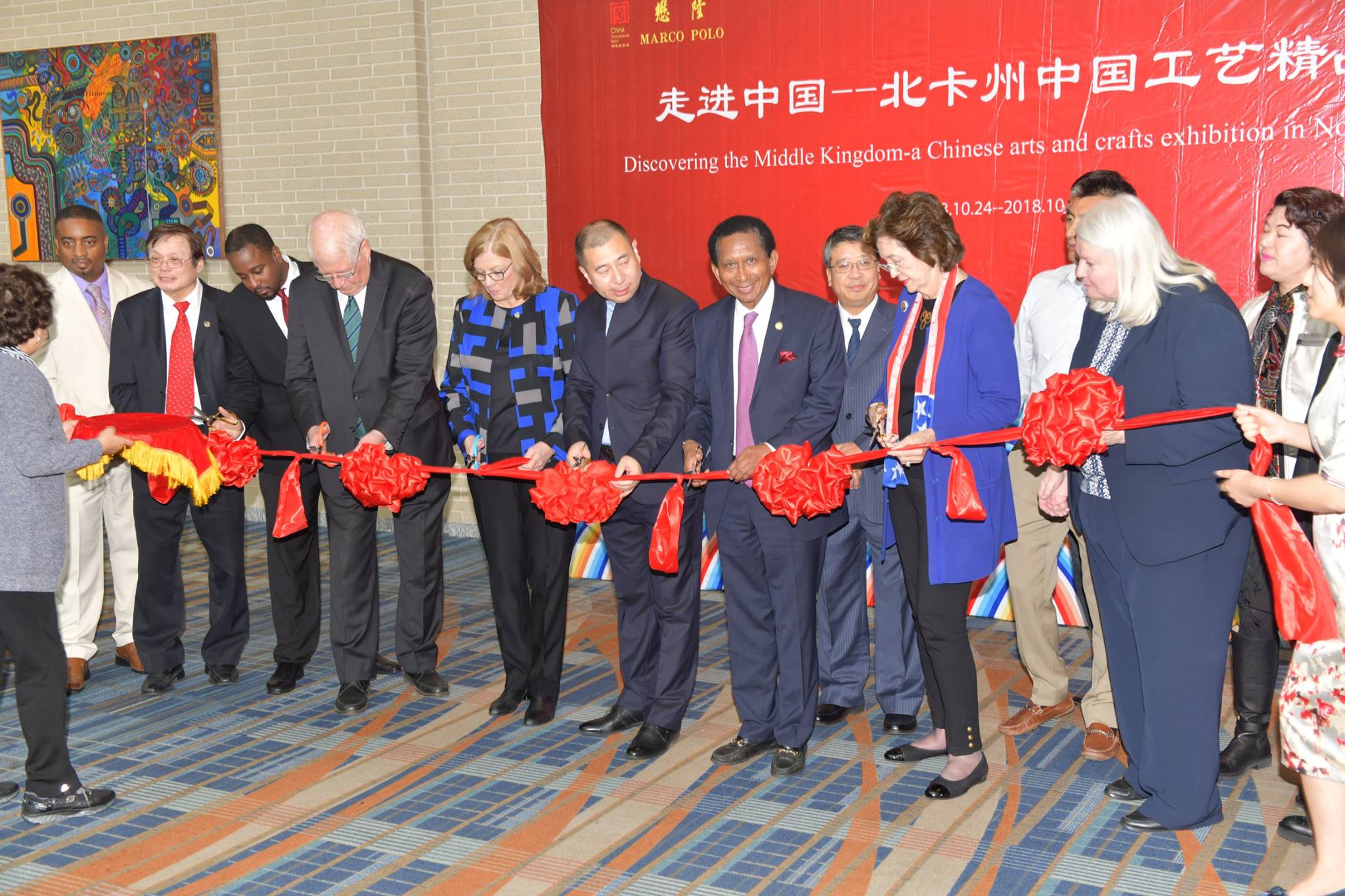 Today it was my pleasure to join many friends from the Chinese-American community at an event held in connection with the 33rd Annual International Festival at the Raleigh Convention Center. The occasion for this event was the opening of an exhibit featuring centuries old artistry from China which was truly impressive. The exhibit, known as “Discovering the Middle Kingdom,” will be on display through Sunday, October 28th in Room 206 of the Exhibit Hall which you can visit before descending to the floor of the Convention Center where the International Festival is held. I would like to thank Mr. John Wei, Mr. Tony Lin, Mr. Weidong Shi, Congressman David Price, NC Secretary of State Elaine Marshall, Raleigh Mayor Nancy McFarlane, Raleigh City Councilman Corey Branch, and the Assistant Secretary of Cultural Resources, Staci Meyer for participating in this wonderful event which promotes cultural understanding and mutual respect through artistry. 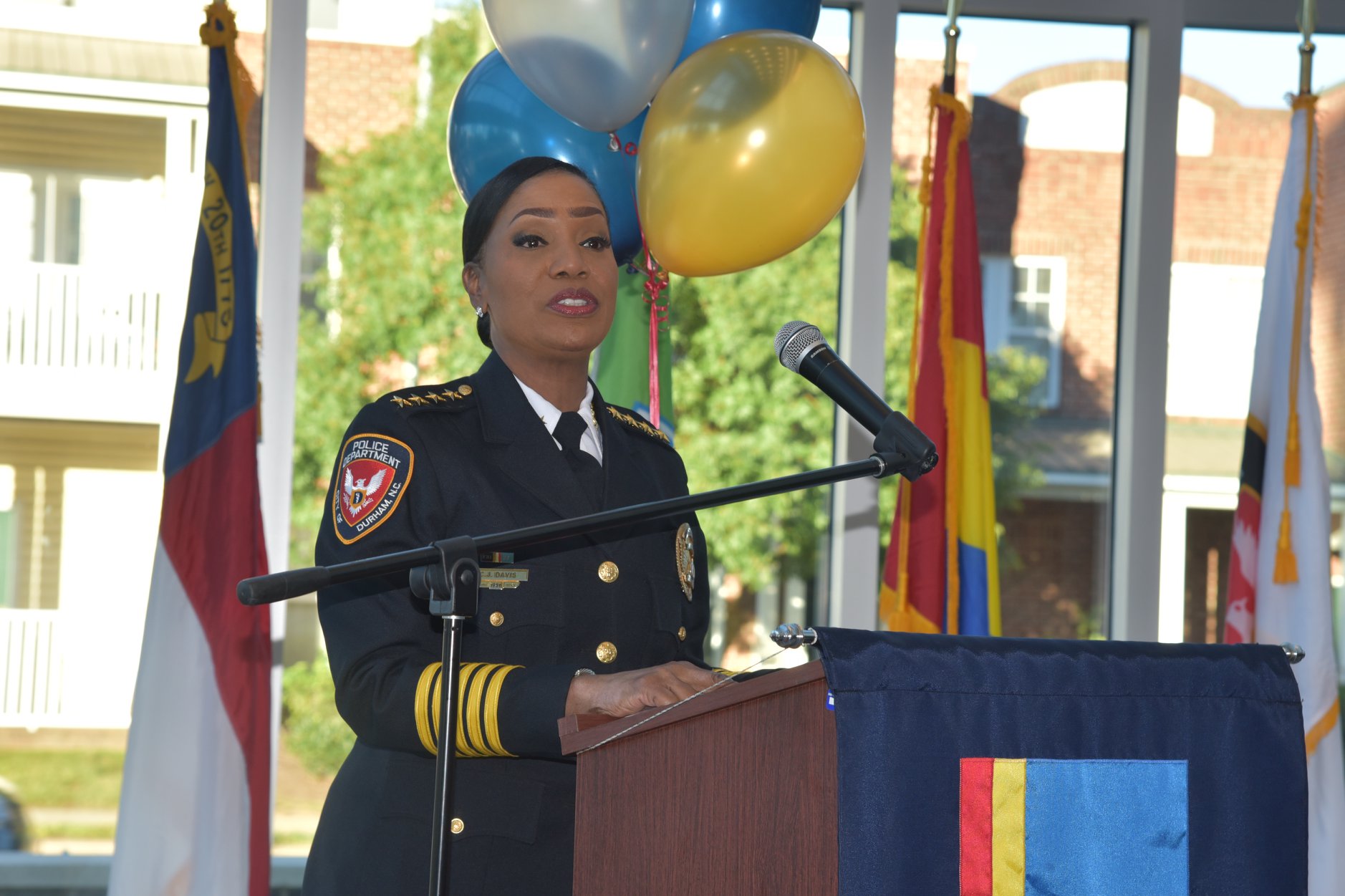 Last week, I had the pleasure of attending a grand opening celebration for the new headquarters for the Durham City Police Department. This project came in on-time and under budget, and it provides sufficient room to meet the needs of the department even if the department were to grow 50% larger than it is today. I’d like to thank Durham Police Chief Cerlelyn Davis, City Manager Tom Bonfield, and Mayor Steve Schewel for their work in bringing this project to fruition as well as Wendy Jacobs, Chairperson of the Durham County Commissioners who collaborated jointly with the city on the 911 Emergency Response Center. It’s a very impressive building, but even more impressive, is the motto for the Police Department which is inscribed in the Police Department’s lobby which reads “Our Mission: To minimize crime, promote safety, and enhance the quality of life in partnership with our community.” 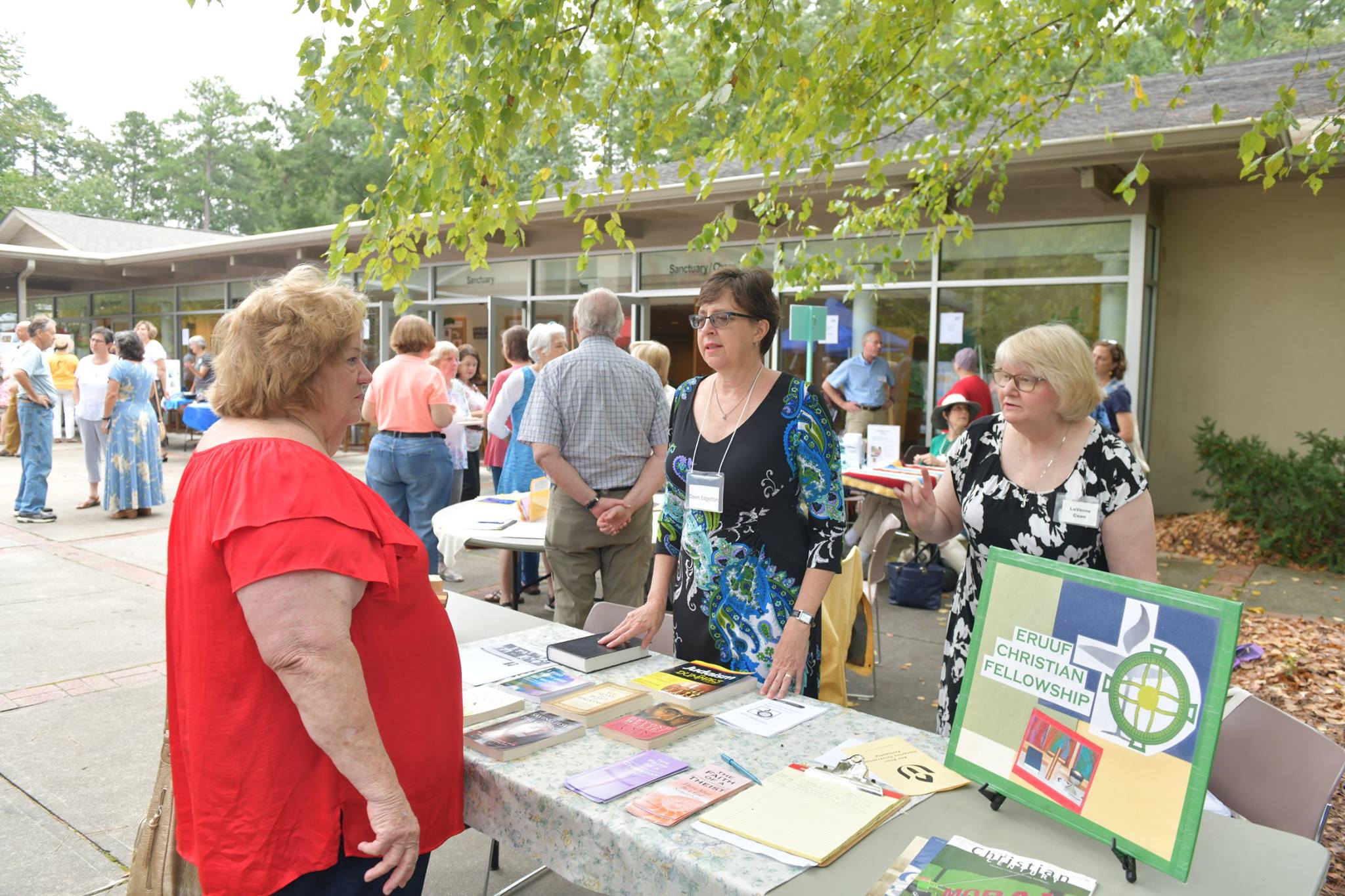 Last weekend, before Hurricane Florence threatened our State and our community, I had the pleasure of attending an event known as Connections Fair 2018 hosted by the Eno River Unitarian Universalist Fellowship (ERUUF). There were over 33 exhibition tables set up as a part of this event which included those that were a part of various groups and organizations that are a part of the ERUUF community including those interested in Refugee and Immigrant issues, the You Can Vote Campaign, El Centro Hispano tutors, as well as those who were part of their Justice Village among many others. I’d like to commend ERUUF for their activism, inclusiveness, community engagement, and offering a community where people of all faiths are welcome. 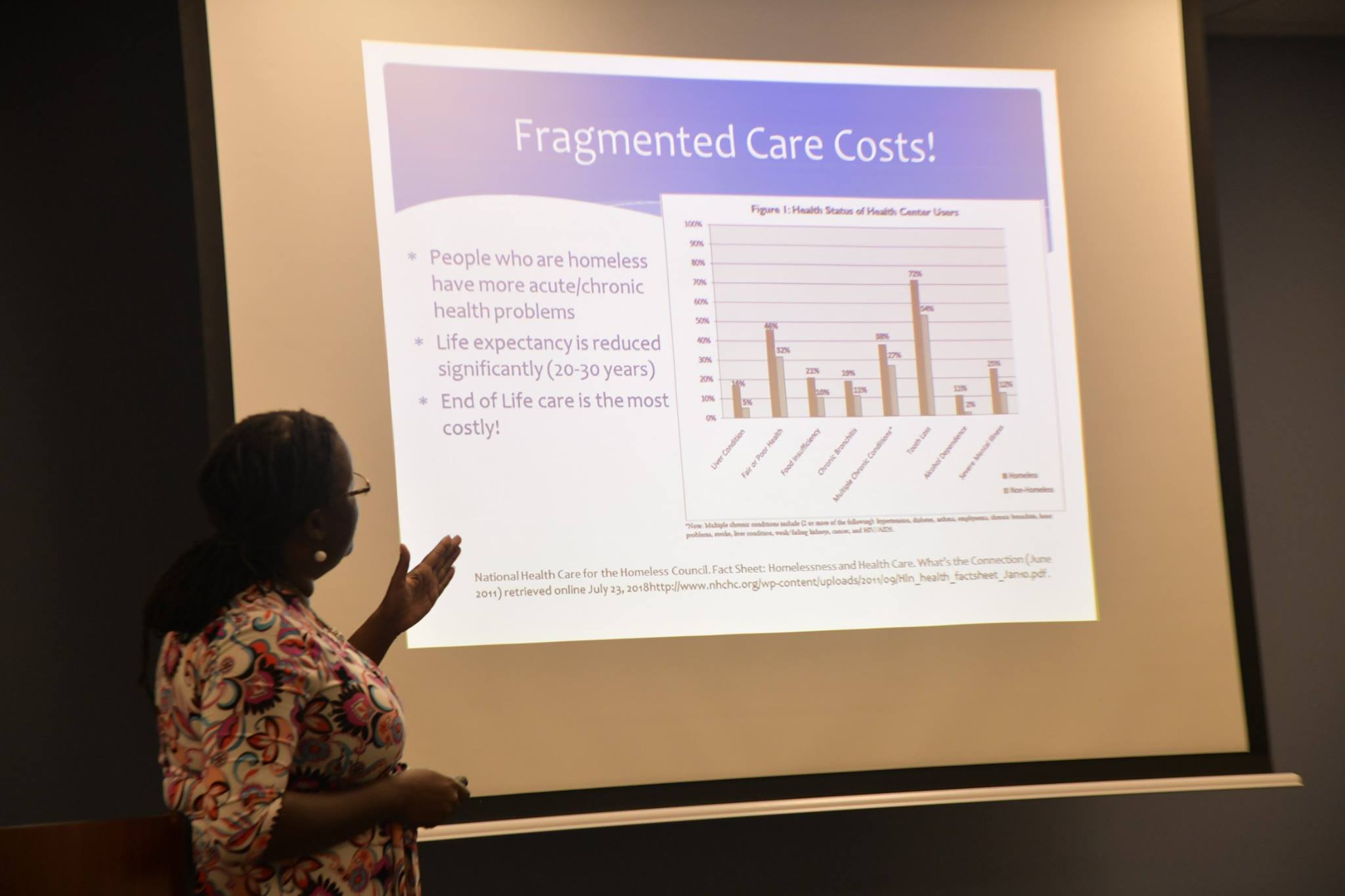 It was my privilege to attend the Annual Community Leaders’ Breakfast hosted by the Lincoln Community Health Center Inc. I’d like to thank Mr. Philip Harewood and his extraordinary team of associates and healthcare providers who provide healthcare services to so many people who are in need in our community who do not have healthcare insurance.

One of the special programs which Lincoln is operating is a Healthcare for the Homeless Clinic which was discussed during today’s breakfast. It should not be surprising that persons who are homeless have an average life expectancy which is 20-30 years less than the general population. In addition, they are more likely to require acute care and the most likely to require high cost end of life care. Lincoln has done an extraordinary job by reaching out and connecting to the homeless population in our community.

Sometimes when we think of homeless people, we do not realize that they are the very same people that could have been our friends or neighbors a year or two ago before they encountered tough times. Today, I listened to the testimonial of a man known as Frank Whitehead who, prior to 2013, owned a two-story home with a beautiful deck in Wake County and was married to a wife with multiple sclerosis. Unfortunately, his wife suddenly died from complications due to multiple sclerosis and Frank, shortly thereafter, suffered a stroke which limited his ability to use the left side of his body, including his left arm. He lost his job, he lost his home, he lost his personally property which he could not afford to pay storage fees on, and he ended up living in an apartment with only two bedrooms and over a dozen people.

Fortunately, he was referred to Lincoln which provided him with healthcare, psychiatric care, and therapy which allowed him to rebuild his life and regain independence. He is now employed as a newspaper delivery person and is he is hopeful of obtaining a home in the near future through Habitat for Humanity. There are many others just like Frank who are homeless and in need of help, but there are also those who simply cannot afford healthcare, and Lincoln provides a vital lifeline for them and their families. I’d like to commend Philip Harewood, the Chief Executive Officer of Lincoln, as well as all others who are a part of his team in providing healthcare to those in need in our community, their extraordinary work and contribution to the Durham community can’t be overstated.